I came across this term on the web, while exploring few books on running.

‘Fell-Running’ the sport is quite popular in UK. So far I haven’t found any club or group which does Fell running in US.

Fell running is not trail running or hill running. Well, you can say it is closely related because the running happens on the hill trails, slushy paths, grass, and the gradient climb is a significantly difficult part of the component. The name arises from the origins of the English sport on the fells of northern Britain, especially those in the Lake District. 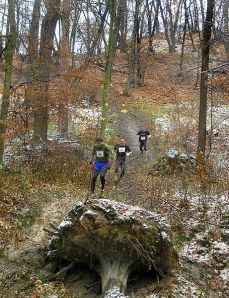 The main difference from trail running and hill running is that the runners use their navigational skills to reach the destination point, and have to carry adequate survival equipments.

Less is known of this sport in US, but there is a Fell Running Association in UK, which administers the sport. Every country has its own, I came across the following link for US – American Fell Running association.  but it hardly has anything in it :).

I would say if you love the idea, you should read – ‘Feet in the Clouds- A Tale of Fell Running and Obsession’.

Also visit the wikipdedia for this.

So far I have been sold by the whole concept and idea, seems so much fun to me 🙂 …

What do you say ? Cancel reply